Greetings, and welcome to the Origins and Habitability Lab. We are located in the Los Angeles area at the NASA Jet Propulsion Laboratory. Our research focuses on several main areas including: the origin of life on Earth and other worlds, how life lives in extreme environments on Earth and Mars, and understanding how life can be distinguished from abiotic organic processes in geochemical and mineral systems. We are astrobiologists who seek to understand how life began on Earth, and how we may find habitable environments elsewhere in the solar system and in the universe. Our group has strong ties with other local institutions including the Oak Crest Institute of Science and the LA Natural History Museum. 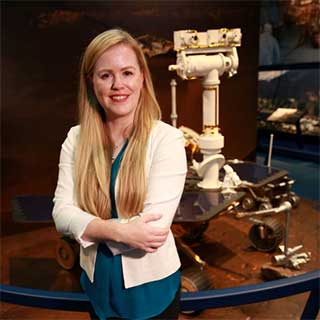 Laurie is a Research Scientist in astrobiology at the NASA Jet Propulsion Laboratory. She is also affiliated with the Blue Marble Space Institute of Science in Seattle, WA and the Oak Crest Institute of Science in Monrovia, CA. She studies the emergence of life on Earth and ways to search for life elsewhere, particularly focusing on how minerals affect chemistry for the emergence of life and habitability on early Earth, Mars, and "ocean worlds" such as Jupiter's moon Europa and Saturn's moon Enceladus. Laurie leads various research efforts including: investigating the energy for life in water-rock systems on ocean worlds; developing astrobiology payloads and operational strategies to explore hydrothermal vents in the Pacific Ocean; studying the effects of minerals and geochemical environments on the emergence of life; investigating phosphorus chemistry on rocky and icy planets; and designing geoscience career development activities for community college students. She is a research mentor to 4-6 undergraduate and graduate students per year through various programs. She received her B.S. in Astronomy and Astrophysics from Villanova University and her Ph.D. in Geological Sciences from the University of Southern California. After graduate school she was a post-doctoral fellow at Caltech/JPL and then with the NASA Astrobiology Institute. Laurie is also currently the HiRISE Investigation Scientist for NASA's Mars Reconnaissance Orbiter mission and involved with various instrument concepts for astrobiology. 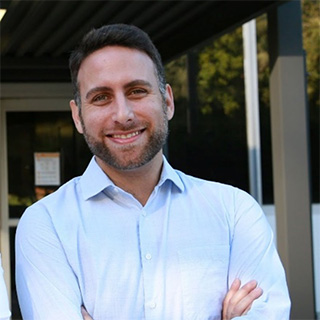 Scott is a Research Scientist at the NASA Jet Propulsion Laboratory, specializing in life in extreme environments and their preservation within the mineral and rock record. He is also a research affiliate at the Los Angeles Natural History Museum. Scott studies how microbial life influences the geologic record in selective environments where the relationship between biology and geology are interwoven. He focuses on life in hypersaline environments where evaporite mineralogy has recorded ancient and dried lake beds where life may have resided. He also studies the preservation of microbial community activity, life detection in the mineral-rock record, and further understanding how to validate biogenic signatures and markers over geologic time on other planets and moons. Scott received his B.S. in Geology and B.E. in Material Sciences from the State University of New York at Stony Brook, M.S. in Aeronautical & Astronautical Engineering from Purdue University, and will be receiving his Ph.D. in Geobiology & Geological Sciences from the University of Southern California in 2019. Since 2005, Scott has been working on various planetary missions including the Mars Exploration Rover (MER, Opportunity) mission, the Mars Science Laboratory (MSL, Curiosity), the Mars Reconnaissance Orbiter mission, and various life detection instrument concepts. From 2013-2018 Scott was the Investigation Scientist for the CRISM instrument onboard the Mars Reconnaissance Orbiter (MRO) mission and since 2017 Scott has been science lead for the Ocean Worlds Life Science (OWLS) project examining extant cellular life in Martian and Europa analogue environments.