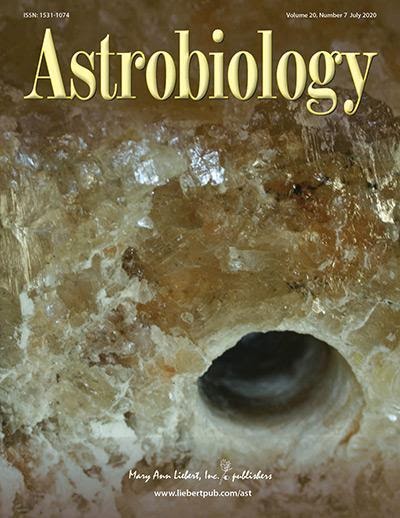 A new paper highlighting the first of several field campaigns in Permian salt deposits has been published in Astrobiology and featured on the cover. This work takes place during Scott Perl’s annual fieldwork in the Zechstein formation.

A proposal entitled “Simulations of biogenic systems from electrochemical perspective” has been awarded to investigate the detectable electrochemistry of extreme environment microorganisms with Keith Chin leading the technology effort and Scott Perl leading the science investigations. Prof. Tao Wei is the Howard University Co-PI. 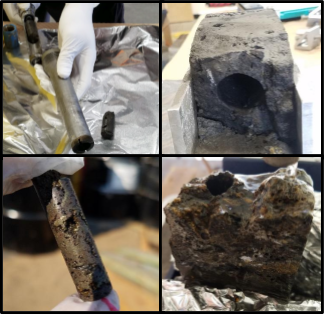 OHL postdoc Laura Rodriguez worked with Honeybee Robotics to obtain drill cores from a hydrothermal vent precipitate using a drill Honeybee designed for the InVADER project. The cores will be analyzed using LIBS and Raman spectroscopy to determine their feasibility for facilitating the search for life on Ocean Worlds. 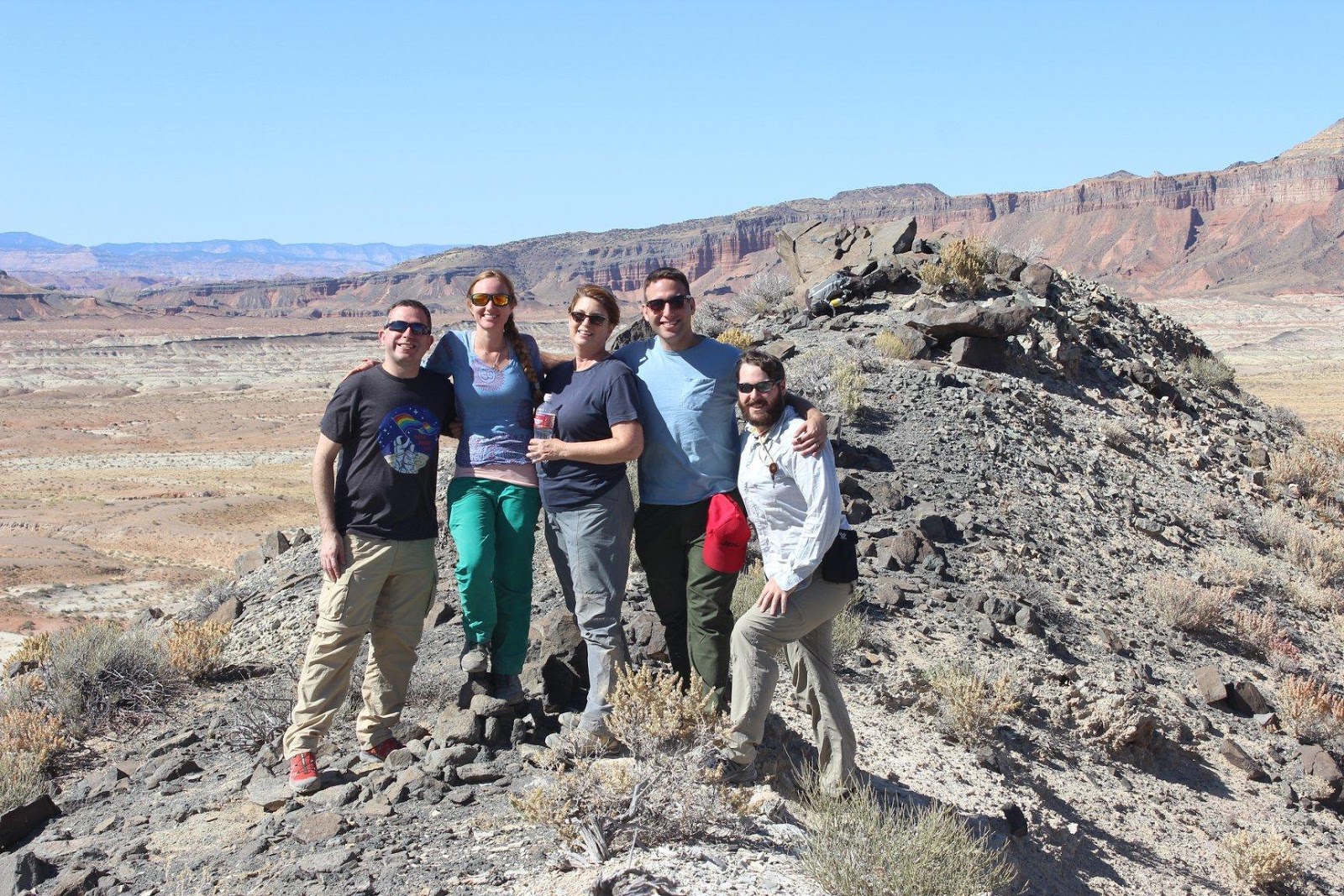 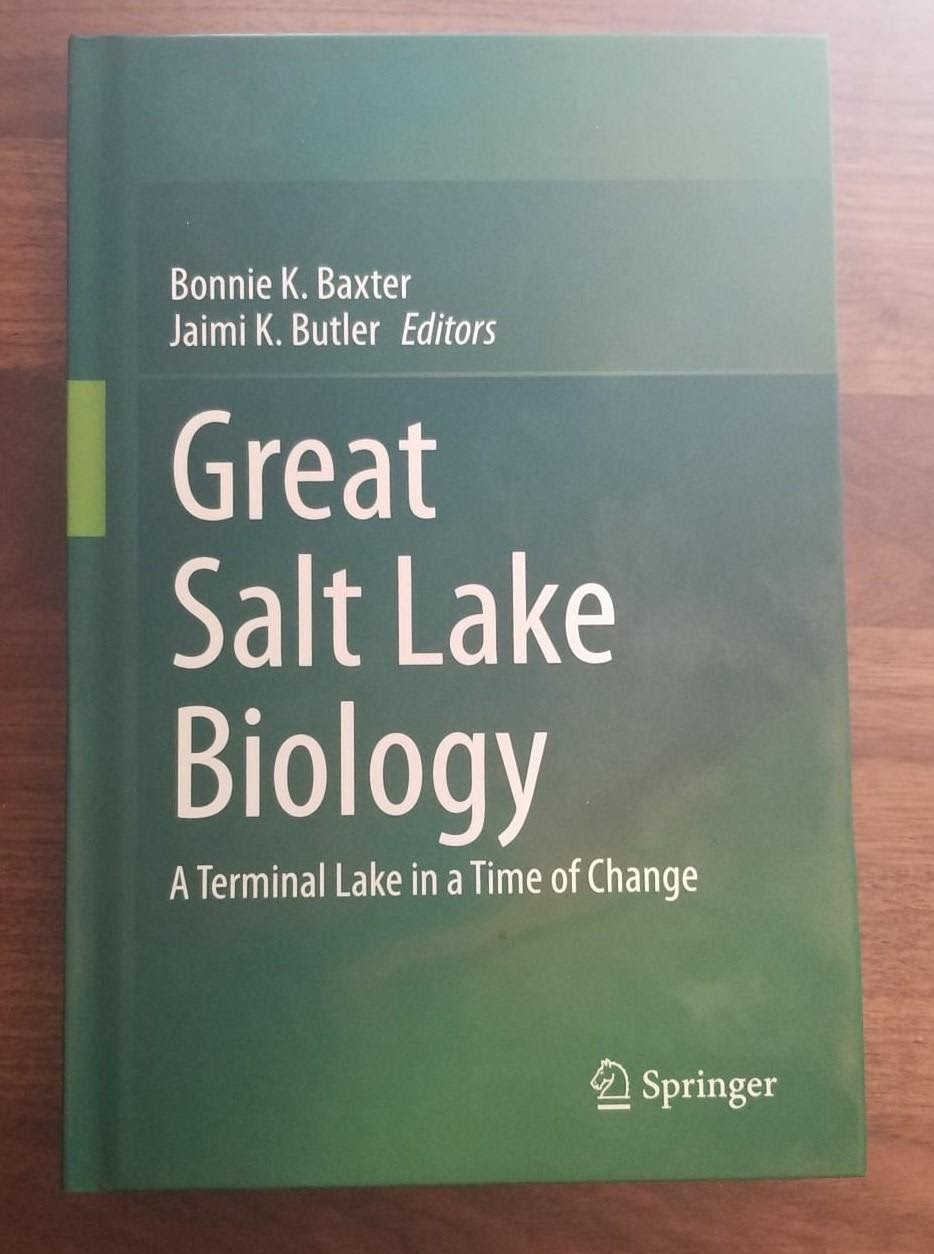 August 2020: A new paper on X-ray CT scanning of lab grown hydrothermal chimneys has been published in ACS Earth and Space Chemistry. 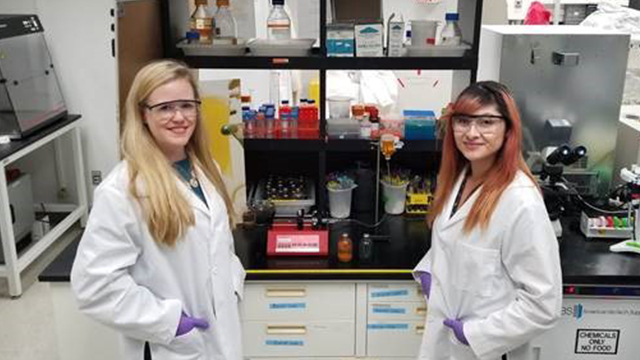 August 2020: Laurie Barge was featured as a guest on NASA’s Gravity Assist podcast discussing the origin of life and the search for life elsewhere. 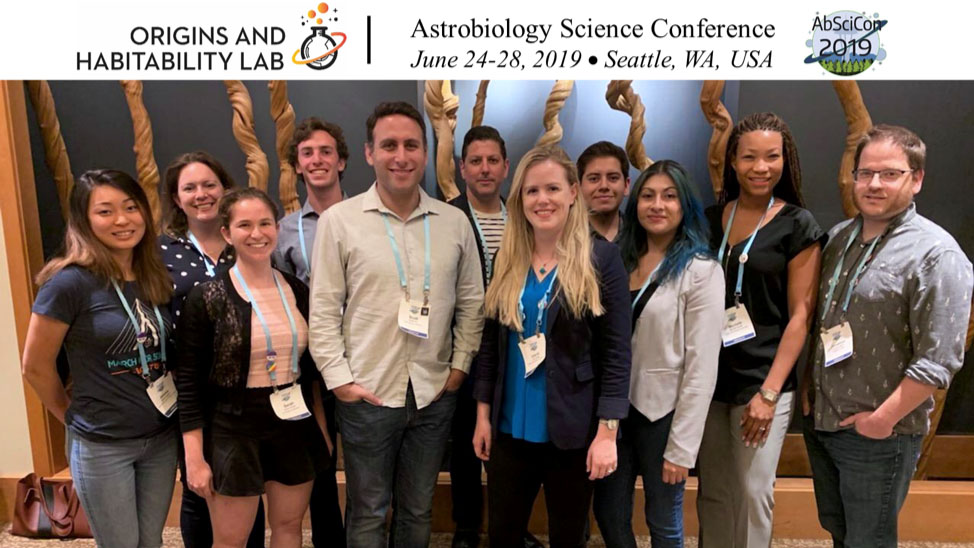 February 2019: A new paper on abiotic amino acid synthesis in hydrothermal vents has been published in Proceedings of the National Academy of Sciences. 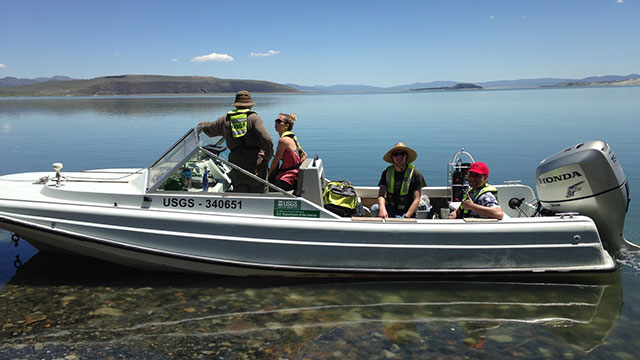 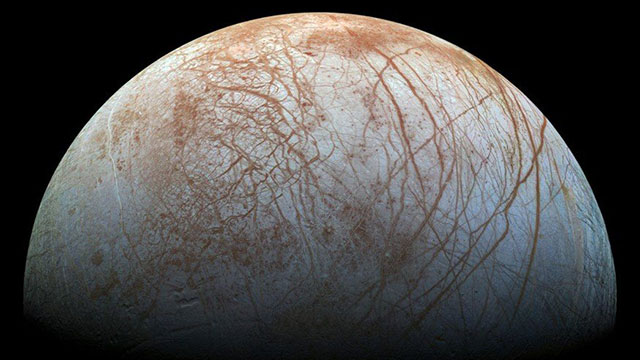 Oct 2018: A NASA Habitable Worlds proposal was selected for research on phosphorus chemistry on rocky and icy worlds, with collaboration with the University of South Florida (PI: Laurie Barge) 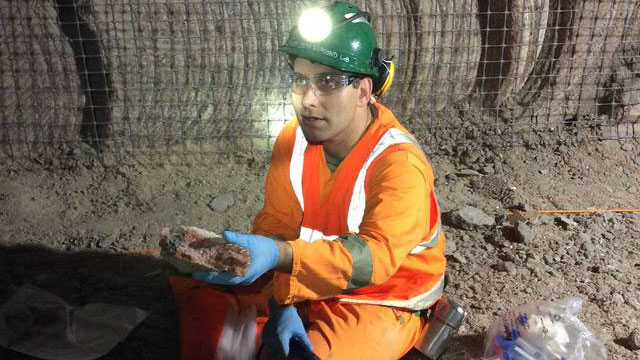 July 2018: Scott Perl co-authored a study in the International Journal of Astrobiology about investigating subsurface life in the Boulby Mine, UK - an environment relevant to possible subsurface life on other worlds. 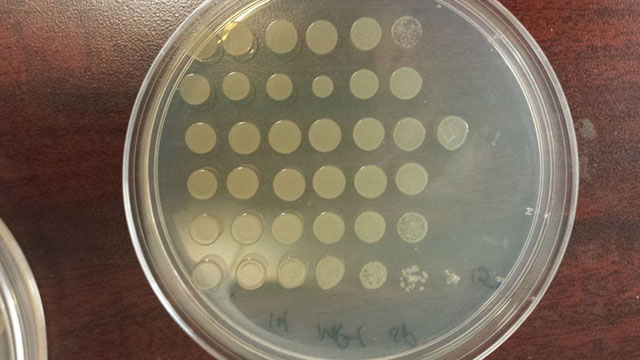 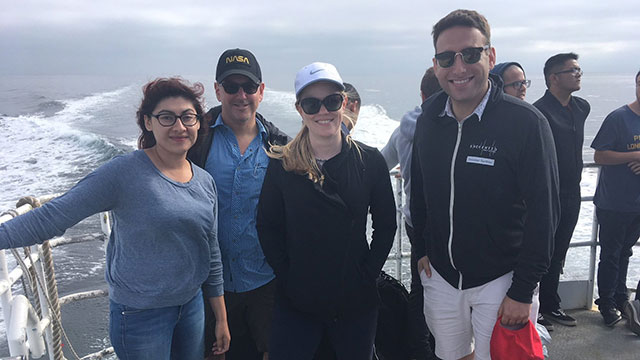 New co-authored paper: clay chemistry for the origin of life 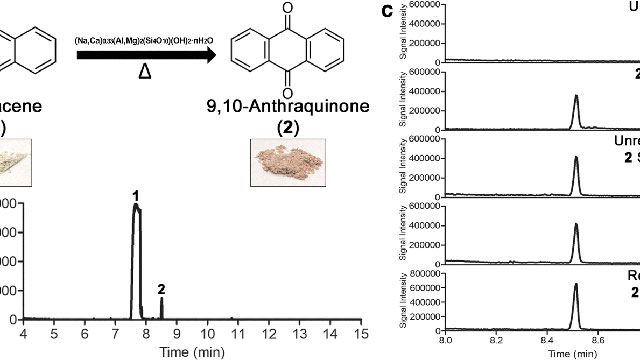 Sept 2018: Laurie Barge co-authored a study in Origin of Life and Evolution of Biospheres about quinone chemistry driven by clays under prebiotic conditions with collaborators from University of Tulsa and Dakota State University. 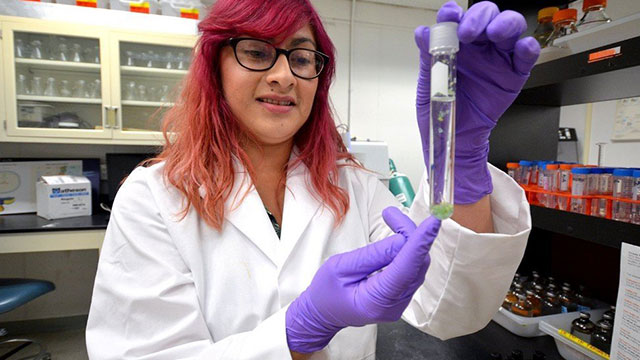 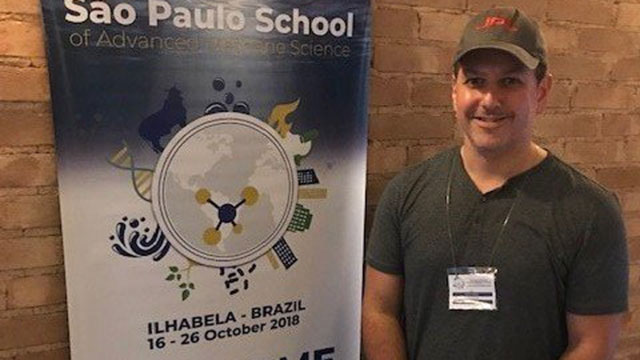 October 2018: Ninos Hermis attended the São Paulo School of Advanced Methane Science, in Ilhabela, Brazil. He joined participants from around the world to discuss the latest advances in methane science. 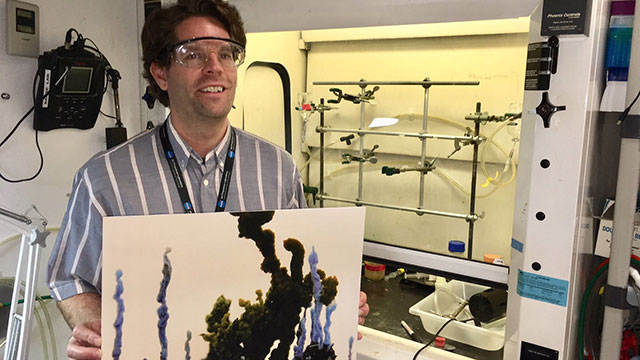 August 2018: We welcome our new visitor, Dr. Jason Pagano from Saginaw Valley State University. Jason is a professor of chemistry who works on self-organizing chemical systems including chemical gardens. He will be doing his one year sabbatical with our group during 2018-2019. 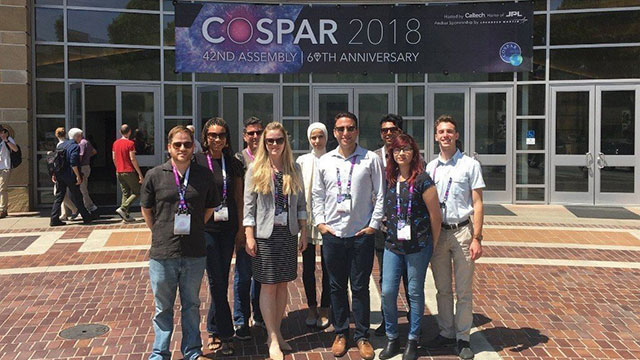 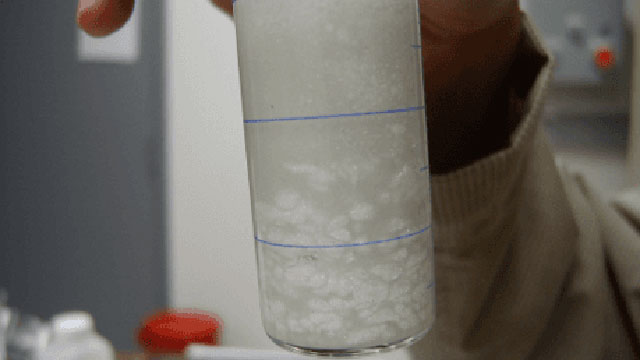 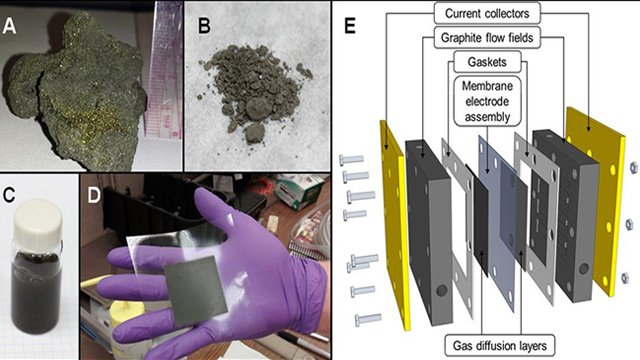 Sept 2018: Our paper "Geoelectrodes and Fuel Cells for Simulating Hydrothermal Vent Environments" is published in Astrobiology. This paper describes our ongoing work using fuel cells to simulate the redox environments of deep-sea vents, in order to understand energy for life in similar systems on ocean worlds. 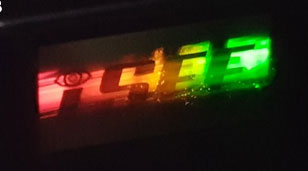